The July 2020 timesheet admin release may not seem huge, but its dollar value to your built environment design business actually is. Forget the size, as it were, and consider the weight.

When I ran a software company, I used to tell my developers, “The way you make money for the company is not by writing code, it’s by filling out your timesheets.”

The exact same thing is true with built environment design businesses. Your staff can do as much architecture, engineering, construction design, or surveying as they want, but you don’t get any money at all for that. It’s not until they fill out their timesheets and you send an invoice that you get money. In fact, they could actually do the timesheets without the design and you’d make money — not that we’re suggesting that, of course — but, design without the timesheets means zilch.

And that, my friends, is bad news.

So, what does a ‘timesheet admin’ release mean?

Here’s the good news — given the now-established essential value of completed timesheets, the July release pays homage to their importance by making it even easier to get them done!

What we’ve done is add the ability for an administrator, or a nominated person/persons, to enter or edit timesheets on someone else’s behalf. Before, when you went to a timesheet, you were always only editing your own. Now, if you’ve been given permission, there’s a dropdown where you can pick a person and say, “I want to do the timesheets for that person.”

What does it mean for you?

There’s a couple of things that go wrong with timesheets:

They should know by now that they need to put public holidays on their timesheet, and they should know that timesheets equal money. So, what do you do? Do you go back and harass the person that should have done it? Do you hold up processing accounts and flowing the cash while you get hold of the culprit and wait for them to adjust their mistake and resubmit? Or, is it just quicker to fix it while you’re there looking at it?

I know of one company that actually say payroll doesn’t start until timesheets are finished, which scares the hell out of people. And funnily enough, all their timesheets get in on time. Amazing.

The bigger problem caused by incorrect or incomplete timesheets though, is invoicing. Technically, you can’t invoice until all the timesheets are in because generally, you’re invoicing people’s time. And that’s what our customers do, they sell time. So, if the timesheets aren’t done, the invoices won’t have that time on them and that’s a problem. It can block internal processes and will be bad for cash flow.

Again, Bad News Bears. But it happens. So, now that can just be fixed, rather than having to talk about it. Have you ever had a scenario where somebody’s gone on holidays and didn’t do their timesheets before they left? Oh yeah, that’s a doozy — it doesn’t matter how much you harass them, you’re never going to get those timesheets.

When you’re able to just fill out their timesheet on their behalf, the invoicing can continue. It is a very helpful feature. Good news indeed, friends. Let the valuable work roll on! 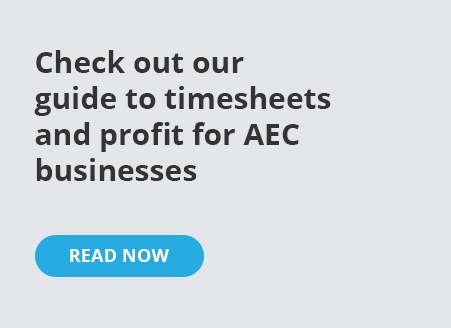